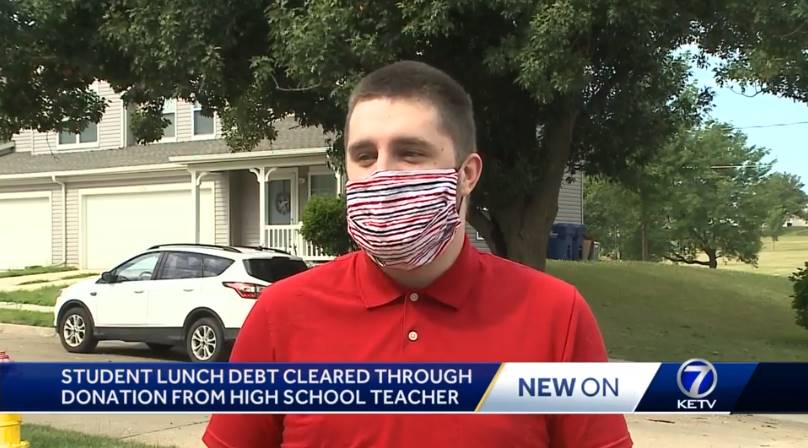 A high school teacher used a combination of his love of playing video games and the power of Twitch streams to raise $16,000 in an effort to eliminate the school’s lunch debt.

Zachary McCarter, who is a teacher at German at Papillion La Vista High School in Nebraska, put on a five-day streaming marathon on Twitch in an effort to raise money to address the school’s lunch debt, according to KETV.

“My goal in life is to talk about lunch debt in the past tense,” McCarter said, per the article. “When I was in high school, I refused to eat lunch knowing I didn’t have any money in my account,” McCarter said.

McCarter used his channel for charity streams and the efforts worked as he was able to far exceed his initial goal of $2,500 with over $16,000 raised.

“We completely smashed that. People were just coming in with donation after donation,” McCarter said.

“The stress that comes when a student gets their lunch and puts in their number and they know they don’t have money in their account, it’s an awful feeling,” Wildewood Principal Ashley Holmes said.

“So much has changed in the last year, especially for these families in this community and I knew that this was a good time to do this,” McCarter said.

“The fact that we don’t have worry about lunch debt is a blessing,” Holmes said.

“I set it up as something that people could sign up for that I would host on my channel for 24 hours,” McCarter said, according to Kotaku. “It had so many submissions that I thought, ‘How about I break this into two days for 15 hours each?’”

McCarter is donating anywhere from $10,000 to $13,000 to wipe out Wildewood’s student debt with the leftover funds being distributed to other schools within the area.

Related Topics:CharityTwitchZachary McCarter
Up Next