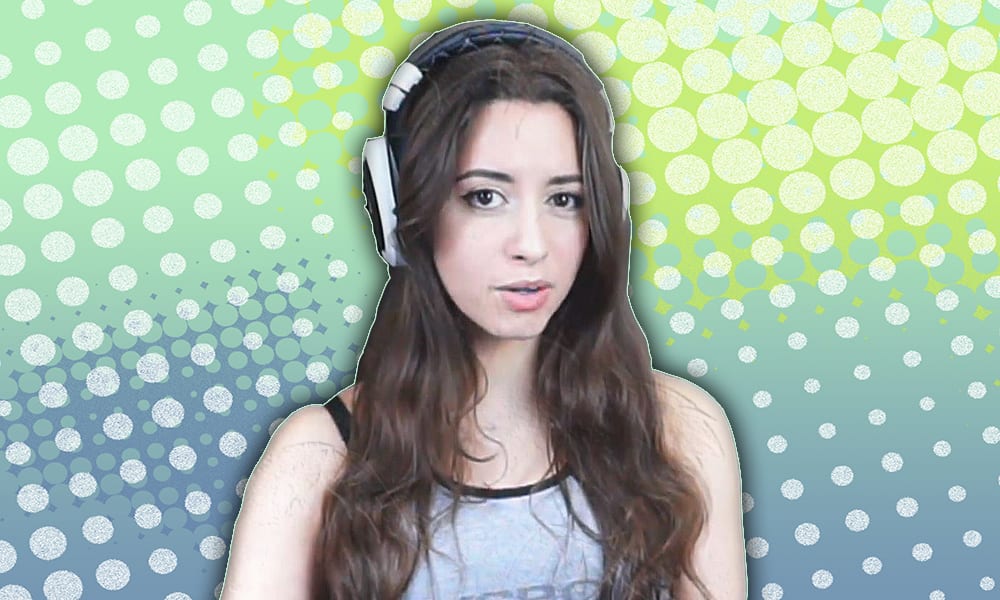 One of the more popular twitch streamers, Sweet Anita, is known for her tourette’s syndrome, that sometimes comes out during a live stream.

But the 29-year old dedicated streamer doesn’t want to be defined by it, and  she continues to be outspoken about her condition and raise awareness as well.

“[Online gaming is] really amazing for me because people can respond very negatively to my condition, or they can fetishize it or over-romanticize it. And it was really amazing to have a means of connecting with people, where people saw me before my condition,” Sweet Anita said in an interview with The Know. “I think my whole life started — my whole social life — started with online gaming.”

“I guess, it’s always the thing that people will notice about me first,” she said regarding her condition. “And the thing is I’ve grown used to it long before I’ve arrived on Twitch.

Sweet Anita admits that he success on Twitch came as a surprise.

“I didn’t expect [my channel] grow this fast or have this many people take an interest in me,” she said. “And while they’re here, I like to get them involved in the stuff that I’m passionate about and try to make a difference. And so far, it’s really working, which is great.”

She broadcasts nearly ever day, and dedicates a lot of her time to fundraising as well, making her a well known public figure. She says that when she is recognized in public it can be “scary at times”. Sweet Anita has discussed her issues with a stalker throughout the years.

“If you’re trying to just shop at your local place where you get food, or if you’re traveling somewhere where you have to go regularly, and someone recognizes you, they could tell people that they’ve spotted you, and you can end up with stalkers … and it could be really really dangerous,” she told In The Know.

“Once actually, at the cinema, I bought a ticket, and I do the thing that I always do if I go to the cinema. I go, ‘Hi, I have Tourette’s syndrome, so if I’m being noisy and someone complains, I’m happy to leave. I’d rather I stop watching than ruin it for many other people. So it’s okay to ask me to leave, and I won’t kick up a fuss,’” she explained.

“And the guy behind the counter stopped me and went, ‘I know who you are, I’ve seen your streams, and nobody’s kicking you out.’”

You can watch the entire video interview over at the official website for In the Know.

Related Topics:Sweet Anita
Up Next